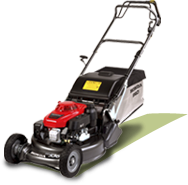 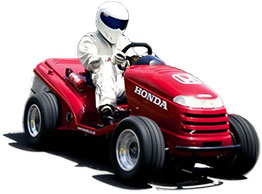 Diesel Vs Petrol Generators? What is the best?

When it comes to engines, there’s no greater question we get asked, which is better, diesel generator or petrol generator?
It is a battle that extends to work sites, homes, businesses and farms across the UK. It’s a battle of the generators.
At Lawn and Power Ltd, we know that diesel generators are some of the most cost-effective and fuel-efficient units you can buy. That said petrol generators have come of age and are taking on diesel generators at their own game.
Diesel Generator Pros
For decades, people only knew diesel as a dirty, smelly lorry or van fuel. But it’s done a complete 180 to give petrol a run for its money. Because one of the biggest advantages of diesel engines is their fuel efficiency. This comes down to the diesel motor’s higher compression. So alike for like comparison of diesel generator and petrol generator will put the diesel ahead. With diesel, you also get a lower cost of ownership. That’s why so many industries rely on diesel fuel to run their business, whether it’s for generators, excavators or tractors or many other types of equipment used. Diesel engines, and therefore diesel generators, last longer, cost less to run and take longer to depreciate in value. Why do they last longer? Because diesel engines don’t have to work as hard as petrol engines to get the same power output. This means the engine parts are under less stress. Also, diesel fuel is self-lubricating which means the fuel delivery system should last longer than that of a petrol engine, perfect if the generator hasn’t been used for a while. Diesel Generators are often more efficient and require less maintenance than their petrol counterparts. In fact, service intervals can be hundreds of hours apart. Another thing that gives the diesel engine the upper hand is the lack of an ignition system. It simply doesn’t need one, which means one less thing to fail. What’s more, they can operate at loads between 60% to 100% for prolonged periods, which is an advantage over their petrol counterparts. While you can find diesel generators powering smaller loads, such as domestic appliances for backup or DIY tasks, the advantages are best seen in more heavy industries.
Diesel Generator Cons
Diesel engines emit more noxious gases and CO2 per litre of fuel than petrol-powered engines. However, the upside is that because diesel engines use less fuel, they can also emit less CO2 over time. It all depends for how long you are using your generator. Cost is another factor. Traditionally, diesel has been more expensive than petrol – it is a few pence more per litre more in the UK and this can soon add up, although buying in bulk and using red diesel can offer you some great savings over the standard pump prices. But the balance is certainly tipping.
Even though diesel generators last longer and are less likely to fail, they may be more expensive to fix when they do.
Petrol Generator Pros
Besides the cost of petrol being lower than diesel, there are a few pros for petrol. There is more choice of models for petrol generators. Like cars, this is because petrol generators have been around for longer. But that said, you’ll find a growing selection of diesel generators for a whole range of applications and budgets these days; including home/business backup, trade/construction applications, solar set up backup, events and much more.
While diesel generators are loved for their fuel efficiency, petrol generators are now being built with all kinds of economy modes and features to bridge the gap.
Petrol is much more volatile than diesel fuel. So if you’re carrying lots of fuel for your generator, diesel is a safer option. Also, because of the way diesel engines work, they are much safer than petrol engines. There’s no spark ignition, which means no risk of explosion and less maintenance than a petrol generator. At the same time, with petrol generators, today, a whole variety of safety features and checks are incorporated to ensure this isn’t an issue anyway.
Another downfall of petrol generators is that they reach a higher temperature than their diesel counterparts. This leads to more wear and tear on the generator parts over time, meaning more frequent maintenance and repair, and ultimately, a short life span. Consequently, petrol generators are not usually run at high loads for extended periods. Another point to mention with fuel types would be how long the fuel will last, something to consider it that the new E10 unleaded fuel than petrol generators now run from is only advised to store for 30 days as it can go off or stale in short periods of time. This means you may have issues in starting your machine or in it running correctly. The shelf life may be increased by adding fuel stabilizers when adding the fuel. Diesel is much longer-lasting vs petrol and much more suited to being used in backup or standby generators as it is less likely to go stale as it can last for up to 12 months with no issues.

So what is better for you?

It’s a pretty close match…we say that if you are looking to use the generator for heavy commercial use, then diesel is probably the way to go. But if you are already operating other equipment with petrol, then a petrol generator can do the job also. Power outputs will vary a lot but petrol will only cover Up to about 10kW of power, diesel will go from 5kW upwards. Depending on the application you need a generator for will depend on what is best for you. Still not sure? Why not give one of our experts a call to go through your needs now?

Published by Taz Kingston on January 22, 2022 in Product Setup and Maintenance, Useful Information, Using Your Equipment